Exciting annouoncements as ECAT Cold Fusion & Industrial Heat of North Carolina go public with their partnership & plans.  Below are a couple of the latest articles appearing around the net. Breakthru-Technologies has ideas for creating a crowd funding format just for science based projects. Want to join in? Virtualsci.com will provide an environment in which the public can become immersed in science and technology projects and in which they can provide funding for those projects. It is now available through the TradeStation trading platform.

Trades are executed automatically based off a proprietary cycle oscillator designed to identify the dominant harmonic wave pattern with exit time and exit price targets predetermined before the trade is entered.

A 29 page independent report published through Cornell University press
has just been released ( May 19th, 2013)

The Third Party Report has been published on Arxiv Physics :

The E-Cat has now been tested! We believe that the E-Cat should now be considered a confirmed phenomenon!

"Even by the most conservative assumptions Š, the result is still one order of magnitude greater than conventional energy sources." 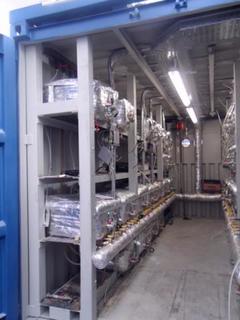 A 29 page independent report published through Cornell University press has just been released ( May 19th, 2013)

The Third Party Report has been published on Arxiv Physics:

EGF is the only system that can economically turn the Ecat electricity into ethanol, without using any food stock! EGF needs the Ecat and visa-verse. EGF and founder Roger Green has purchased and formed JV partnerships to secure exclusive marketing rights of the eCat technology in Australasia, South East Asia including Korea and Japan, India, all of the African continent, Spain and Portugal What is the Ecat (energy Catalyzer) technology?

How Much Hydrogen Is Produced in the United States?

About 9 million metric tons of hydrogen are produced in the United States annually, enough to power 20-30 million cars or 5-8 million homes. Most of this hydrogen is produced in three states: California, Louisiana, and Texas.