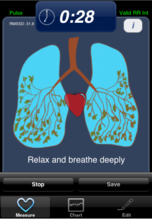 In Development - Tri-State Carbon X PRIZE - We recycle aluminum, glass, paper, plastic, and yard waste - why not carbon? As of now, no company has successfully commercialized a carbon utilization technology. Current funding has been focused on expensive carbon capture and sequestration, which treats carbon as a liability....Read More

Number One Method of Sequestering

A by-product of our production system is iron oxide, which is used in CO2 sequestering using ALGAE. Sometimes used as OCEAN FERTILZATION, where algae is grown in the ocean, absorbing CO2 and releasing O2. Our method would be LAND BASED ALAGE PRODUCTION, as the logistics are much easier.

Too late for two degrees? Report by PricewaterhouseCoopers Price Waterhouse Coopers released a report showing that the world needs to reduce carbon intensity by 5.1% per year from now until 2050 in order to stay below a 2C rise.  They point out that not since 1950 has the world achieved that in any single year. We have to achieve it every year for the next 39 years (and every year we delay makes the job much harder). The 2011 rate was 0.8%. This August I returned to Dubai to continue work on our trial farm. I was there for 12 days and in that time was able to prepare some desert lands for planting later this year in September. You might remember last year we worked with procedures that are low cost, without fertilizers, to lower the high Ph of the sand, which we had great success!

The Super Imploder received some great upgrades, the improvements are as follows...

The first E cat International conference was a great success. People from all over the world attended. There were over 300 engineers, scientists, investors, business folk and clean energy entrepreneurs mainly from Germany and Switzerland. They were joined by the first international gathering of e cat licensees.